Amaya is the test browser developed by the W3C for demonstrating new Web technologies. It is available for Windows and some Unix platforms. Like Mozilla, Amaya supports only native display of presentation MathML. However, unlike Mozilla, Amaya does not include support for XSLT transformations. Hence, it cannot be used to display content MathML using the Universal MathML stylesheet.

To view MathML content in Amaya, you must enclose each instance of MathML in an outer math element, as required by the MathML specification. However, there is no need to use a namespace prefix or any additional HTML elements to embed the markup in the HTML document. This allows you to freely mix MathML markup along with the usual HTML tags for displaying text and images. The following example shows a simple document that contains MathML, suitable for display in Amaya. The following figure shows how the document appears when viewed in Amaya.

Example: A sample document for displaying MathML in Amaya. 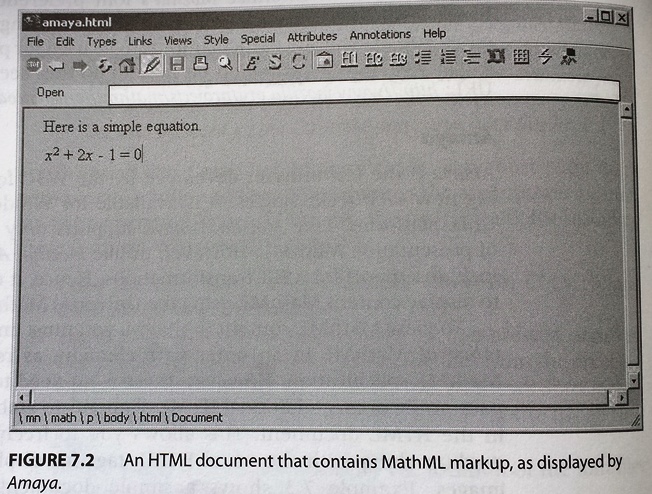 Figure: An HTML document that contains MathML markup, as displayed by Amaya.

Amaya also provides a Structure view (see the following figure), which reveals the hierarchical structure of the markup for the document being displayed. To see this view, choose Show structure from the Views menu. This feature is particularly useful for MathML equations, since you can see the relationship between the various MathML elements. 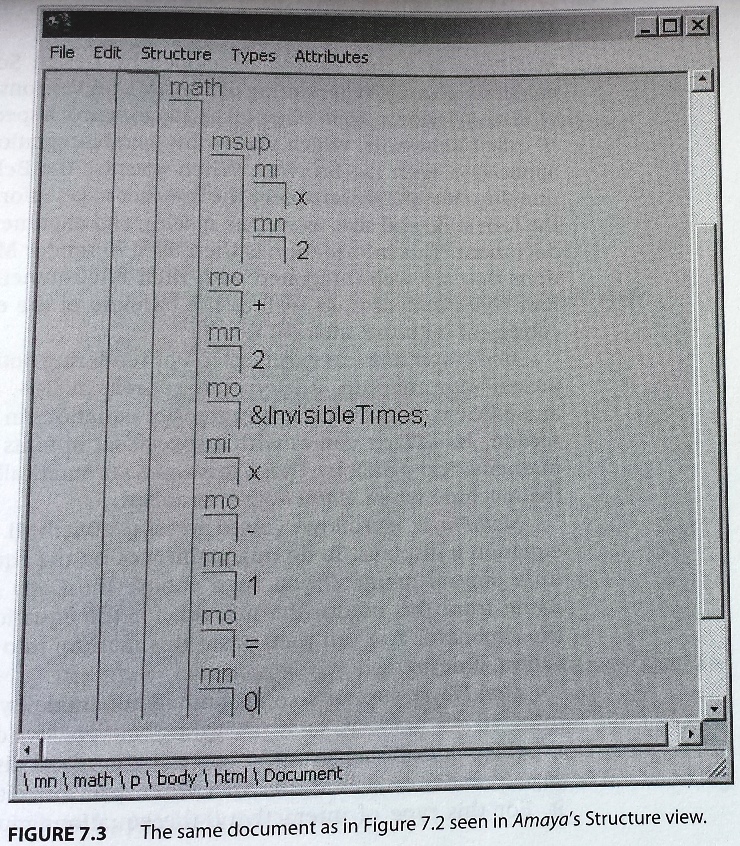 Since Amaya does not contain any special fonts for mathematical symbols, it has only limited support for displaying extended characters. The only extended characters that can be displayed are those found in the Symbol font. A question mark (?) is displayed in place of any character entities for which fonts are not available.